Are you planning to travel to Hong Kong this year? Then keep on reading to find out more about the must-visit colonial buildings in Central Hong Kong. You can expect to find architecturally beautiful buildings that carry the signatures of the British although Hong Kong was released from the British sovereignty a long time ago.

Make sure to check out the amazing flight deals at Cathay Pacific by clicking on this link.

Victoria Prison, located in the Bailey Street of Central Hong Kong should be your first stop in your exploration of colonial buildings. It is the longest-running prison in the city, being opened first in 1841. Originally, this was known as the Victoria Gaol and it was built by the British to house notorious criminals. The Victorian architecture you see here, mostly of granite and brick can be considered high end for prisons like this. However, it was renovated into a shopping destination along with an area to display cultural arts known as “Tai Kwun”, after the prison closed in 2006. The old Central Police Station, located in the Hollywood Road of the city’s centre is also a part of the shopping destination Tai Kwun Hong Kong. It is the best-preserved police station from the 19th century and the oldest structure you see here is a three-storey barrack block which was built in 1864. Completion of the police station was in 1919 and the Police Headquarters Block was constructed. The power of the police is displayed by the initials of King George V at the entrance top, Romanian arches and Greek columns in the exteriors.

The former Central Magistracy is also a part of the Tai Kwun shopping destination in Hong Kong. Originally, the site was home to the first Hong Kong Magistracy but it was replaced by the new buildings which you see here today, in 1914. The architecture is impressive; with Gothic Revival style in the interiors and Doric columns which dominates the building. Most parts of the building were constructed using granite blocks and the pillars of the façade were made with red bricks imported from Guangzhou.

The Supreme Court, which is now known as the Court of Final Appeal is an impressive neoclassical architectural building in the city’s centre. It was built in 1912 by two British architects who were also responsible for designing a part of the Buckingham Palace in England. It was also used as Hong Kong’s Legislative Council in the 1890s. Today, you can see a statue of the blind-folded “Lady Justice” on the top of the greatly done granite building. It is also used as a venue for engagement and wedding photoshoots by the locals.

Flagstaff House Museum of Tea Ware is a museum that displays different kinds of teaware that are used in Hong Kong. It was built in 1846 as the Headquarters House for Major General George Charles D’Aguilar and was also used as the residence for British Forces Commander until 1978. The architecture you see here is Greek Revival styled and this is the oldest such building in Hong Kong. So, it will be history and art appreciation two in one as you will see many exhibits relating to tea. There is a collection of Chinese ceramics which should not be missed, and also check out the tea demonstrations at the museum to know more information about teaware.

St. John’s Cathedral is considered the oldest church in Hong Kong and mostly, the Gothic Revival architectural building is what attracts visitors to the cathedral. It serves as the cathedral of the Anglican Diocese and the mother church of Hong Kong Island. It was intended to be used by the British Army for their military purposes. Later, during the Japanese invasions, it was converted to a clubhouse and many of the original arches and glass windows were removed. Today, it is an active cathedral and Sunday services are held regularly.

The former French Mission Building is another masterpiece in the city’s centre and it was built by the French Society of Foreign Missions as its Procure of Hong Kong, in 1917. It was also used by the Hong Kong Government before WWII, more precisely until Japan took control of Hong Kong in 1941. The building you see here is three-storied and the architecture is in Neoclassical style. It dates to the Edwardian period and you can see its old glory even although it was renovated from time to time.

Rawlinson House was built in 1910 as two Warrant Officers Married Quarters and today, it serves as one of the most beautiful Marriage Registries in the country. It used to be the major attraction in Hong Kong Park in the 1980s. The house was named after a general who served the British Army, Sir Henry Rawlinson. The two Warrant Officers Married Quarters were later combined into the house of the Hong Kong’s Deputy Commander British Forces.

Dr Sun Yat Sen Museum, which is better known as the Kom Tong Hall is a museum dedicated to Dr Sun Yat Sen who had revolutionary ideas to hold campaigns in Hong Kong. The building you see here today was the residence of Ho Kom Tong, the brother of Sir Robert Ho Tung, a reputed businessman in the city. Ho Kum Tong and Dr Sun Yat Sen studied in the same class back in 1866 and graduated together from Central School. The surprising fact is Dr Sun has never set foot in the museum and it was in collaboration with the Ho family, the government selected this place to establish a museum. The building is three-storied and the architecture is mostly in the Greek style.

Hey I’m Alicia and my blog Plane Pretty is all about living your best life. I love to write about my travel experiences and anything lifestyle. I’m also super passionate about trying new things and I love to create Read More… 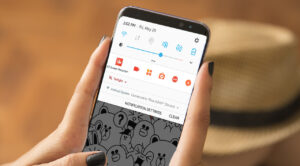 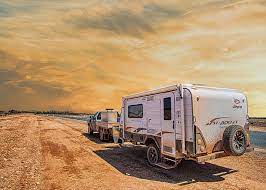 Hey I’m Alicia and my blog Plane Pretty is all about living your best life. I love to write about my travel experiences and anything lifestyle. I’m also super passionate about trying new things and I love to create Read More…